How Much Does a Building Automation System Cost? 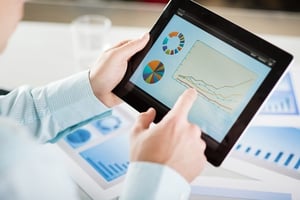 For facility managers looking at the cost of a new building automation system, there are some major factors to consider.

Factors that go into determining the cost of a building automation system include;

One important consideration here is to understand that an open, non-proprietary building automation system platform translates into a higher ROI.

For example, a facility manager can aggregate all of that data and mine it for energy savings, operational efficiencies, preventive maintenance, and a number of other building performance improvements. When this is done correctly, the rate of return can be seen within five years in some instances.

This is based on the factors mentioned above, as well as whether or not the system is being installed in a new building or if it is a new system in an older building or just an upgrade from an older legacy building automation system.

For example, it is easy to understand why a data center would be more per square foot than a typical office building. 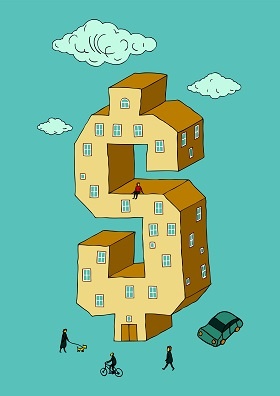 A new, open-platform system, allows you to capitalize on the latest technologies and gives you options when it comes to price since it’s not locked into one company’s offerings.

A new building automation system also allows you to integrate systems, oversee performance, and leverage the data being produced by each system. For many buildings, this could mean massive energy savings as well as incredible operational savings through efficiencies and decreased downtime for repair.

New construction is the ideal time to consider installing a building automation system.

Working with a company early on will save money in initial costs (no retrogrades later), and help guide you on the placement of sensors throughout the facility. This enables the building automation system to optimize all systems that are going to be used within the facility.

Continuing with the integrative platforms theme, picking an open system, like Tridium, for example, enables the optimization of buildings, data centers, industrial plants, and even entire city infrastructures.

Tridium provides a software infrastructure to integrate diverse systems and devices into a unified platform that can be easily managed over the Internet.

Tridium also offers Vykon Building and Vykon Energy to enable you to integrate proprietary and otherwise incompatible products into a unified enterprise solution for measurement, management, and control of facilities and energy applications from anywhere in the world.

If you aren’t working on a new construction project and want to upgrade from an older legacy system, don’t fret, and definitely, don’t let a company tell you that this is not an option.

Ultimately, the company you work with will be one of the most important decisions, especially for a building automation system legacy upgrade.

A company that specializes in building automation system legacy upgrades can evaluate your current system and provide cost estimates for upgrades, pinpointing areas where a legacy system is lacking, as well as benefits of upgrading or migrating to a newer system.

The goal is to help extend the life of the existing building automation system and preserve as much of the initial investment into the system as possible or practical.

A professional may also be able to provide a migration path that allows for an upgrade over time.

When it comes to upgrading a legacy system, you can benefit from improvements in technology without losing the initial investment in your original building automation system.

Some of the key benefits of upgrading a legacy system include:

Perhaps one of the great benefits of building automation systems is the access it gives to valuable data your building produces on a daily and hourly basis.

From a facility manager’s perspective, imagine being able to visualize on your laptop or iPad all of the data from each of your building’s systems on a single screen.

You can leverage building automation system data in many ways, including:

From lighting to HVAC, there are some tangible savings that can be achieved.

For example, according to research, commercial buildings account for 20% of all the energy used in the U.S. and as much as 30% of that energy is wasted. 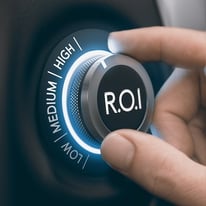 Moving beyond just the energy savings, working with a company that has experience integrating systems within a BAS platform will help you realize greater immediate savings, as well as over time.

For example, you can track building usage patterns, equipment lifecycle patterns, detect anomalies in production and pinpoint equipment that needs to be repaired or replaced before it breaks down.

This can save thousands of dollars in reductions of downtime, maintenance and repair costs, which are usually very high for industrial-type buildings or production facilities.

Working with a company that specializes in building automation will ensure that you have access to today’s state-of-the-art systems.

The end result is complete control over your facilities with real-time access to systems that control and manage equipment, allowing for even greater savings and efficiencies.